Together with the company GISA and other partners, Audi has tested grid-serving charging in the German city of Chemnitz. Specifically, the participants created an overload scenario in the local power grid and tested the use of a smartmeter gateway. 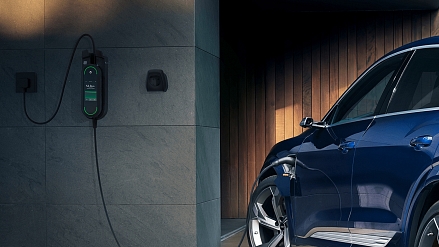 The research project with Audi e-tron cars dealt with the following scenario. In a street supplied by a local grid transformer, several electric cars are charging simultaneously at high power. To avoid overloading the grid, intelligent management of charging processes is required in this situation. This is precisely what was tested in the course of the project. “In practice, this will mean delayed charging, taking into account the desired time of departure and the actual load in the power grid,” Audi informs. In concrete terms, the model test has shown that dynamic and time-delayed charging can relieve the local power grid, Audi sends the most important summary up front.

The prerequisite for grid-serving charging is a common language between the home, the electric car and the energy grid. Audi’s e-tron models and the Connect charging system used in the trial meet the technical requirements for this. A smart meter gateway (SMGW) is also indispensable. A module in the home network enables intelligent communication between the network operator and the electric car. The device is already mandatory today if a household’s annual electricity consumption exceeds 6,000 kWh. 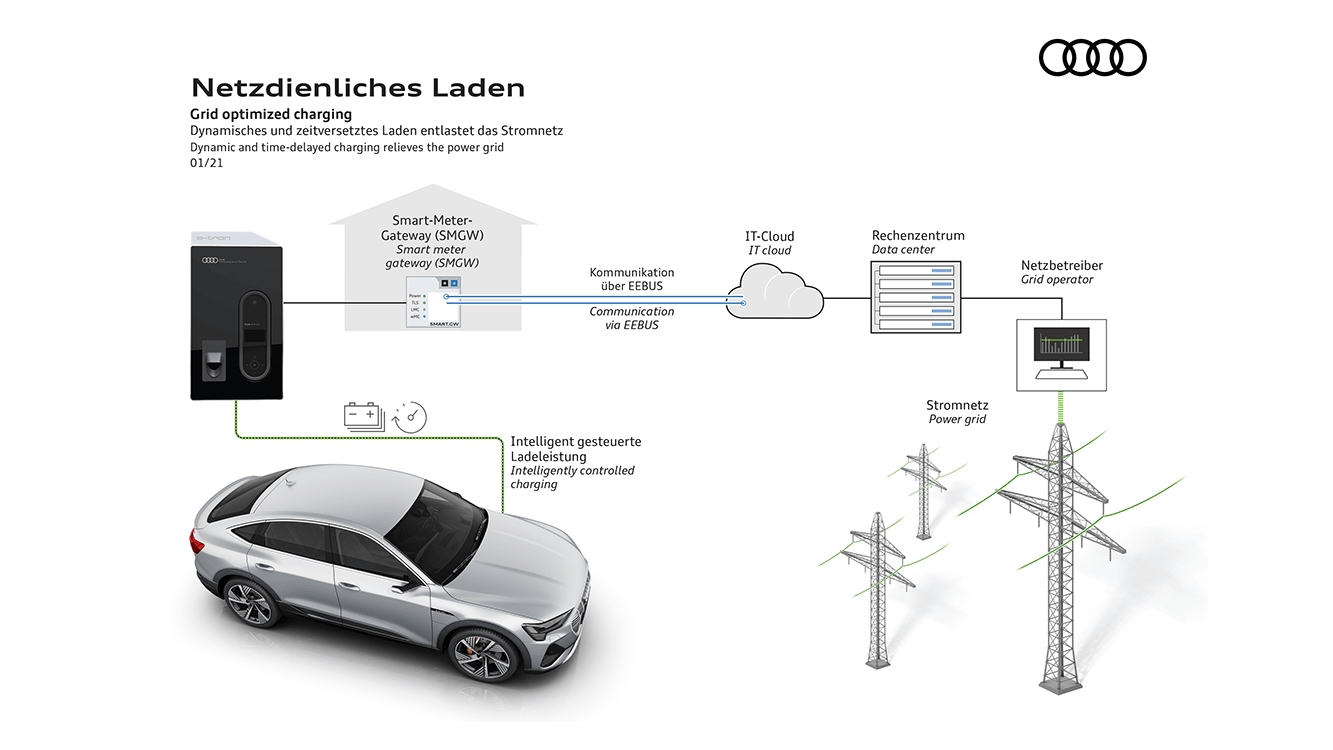 The model test showed that the charging power of the e-tron models, which charge 11 kW as standard and up to 22 kW by means of an optional second onboard charger, could be dynamically reduced in “consultation with the house and the energy network”. The German automaker which belongs to Volkswagen AG is convinced that the new networking technology “will make it possible in the medium term to influence the charging power, charging time and charging duration for each car.” Intelligent charging of electric cars, they said, is an important building block for the sustainable energy industry of the future. Incentives could be created for customers: Those who accept certain restrictions when charging at home could in return receive electricity from their provider at a discounted price, Audi outlines as an example.

In addition to Audi and the IT service provider GISA, which initiated the project, three other companies were involved in the pilot: Robotron Datenbank-Software GmbH provided the software for the backend, KEO GmbH developed the software for the communication interface and the hardware of the intelligent metering system came from EMH metering GmbH &Co KG.

Meanwhile, the Ingolstadt-based automaker is convinced that electric cars can also serve as flexible storage for solar and wind power in the future. To this end, it already launched a research project with the Hager Group in the summer of 2020. The test vehicle, an e-tron Sportback, has been equipped with “near-series charging technology. The main use cases being tested are those in which homeowners with their own photovoltaic systems can charge their own electricity at optimised cost.