The city of Prague has adopted a plan that will initially see the building of over 750 charging stations for electric cars. These are to be placed at strategically favourable locations in the Czech capital within the next four years. The City has also outlined plans for further expansion. 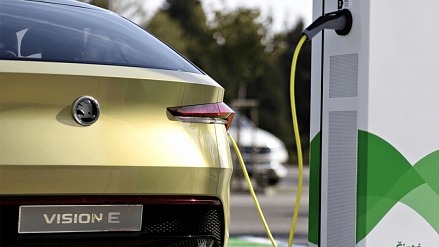 Now, in Prague charging infrastructure is to be expanded to over 4,500 stations by 2030. The article in the Czech media did not go into further details about what number of AC or DC charging stations would be built and where, only that the plan includes different charging options, and that these also differ in their construction costs. The most expensive option is said to be estimated at two billion Czech crowns, about 78 million euros.

When analysing the environmental impact, technical solutions and trends in public charging, Prague Mayor Zdeněk Hřib said that inspiration came from “experiences from other European capitals with a comparable population.” The Mayor explained that “In Vienna, Hamburg, or Rotterdam, electromobility is already in a much more advanced stage of development, so Prague is happy to learn from them.”

The Czech Republic has a national plan for clean mobility with which Prague’s new plans will run in conjunction. By 2030, the City administration expects over 200,000 electric vehicles to be on the road in Prague.

At the same time, the Prague city administration is not only focussing on the electrification of passenger cars: At the beginning of February, Prague’s transport authority ordered 14 trolley buses from Škoda Electric. Despite the name, Škoda Electric (or its parent company Škoda Transportation) does not belong to the Volkswagen Group, but to the PPF Group of the Czech company Petr Kellner. The Škoda E’City buses for the Czech capital are twelve-metre long low-floor vehicles with a guaranteed battery range of more than 100 kilometres.