Slovak manufacturer Agora Solar is planning to build a 150MW factory in Vranow, in the eastern part of the country. The facility will produce glass-glass panels and may reach a capacity of 500MW by 2024. 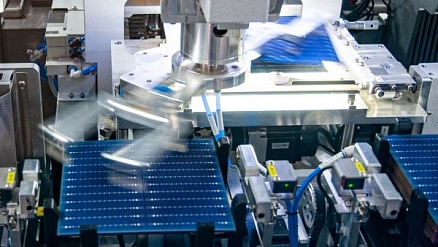 Slovakia-based Agora Solar a.s. is planning to set up a 150MW solar module factory in Vranow, in the eastern part of the country. The company said it has already identified a suitable building in an industrial park located in the area and that production capacity may eventually reach 500MW by 2024. Production activities, with a 50MW production line, are expected to start in the second quarter.

The manufacturer primarily wants to serve niche markets. “The range of solar cells and module sizes has increased considerably in recent years, with the disadvantage that certain performance classes are often only available for a limited time,” the company said in a press release. However, other solar modules, especially those with larger dimensions, could not be used for certain photovoltaic systems. “This is an interesting market segment,” it explained.

Agora Solar deliberately chose a production line that can be converted to other formats in a short time, noting that it also plans to manufacture semi-transparent, glass-glass modules for building-integrated photovoltaic (BIPV) systems. These products should have a degree of transparency of up to 50% and also be suitable for application in agrivoltaics. Almost all solar modules should also have a bifacial configuration, with the company being ready to offer a 30-year performance guarantee.

In addition to Slovakia, Agora Solar wants to sell its products in Czechia, Germany, Austria and Switzerland.

Due to the proximity to Ukraine, part of the factory's halls that are still empty are currently being used for sorting and distributing clothing and donations for the refugees. “With the start of production, some of the refugees, who are suitably qualified, will be trained and employed in a few months,” the company said.